Farming and logging desecrates graves of indigenous tribe in Malaysia 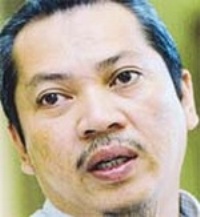 Farming and logging desecrates graves of indigenous tribe in Malaysia

Annuar Musa, from the governingUnited Malays National Organization, said he met a group of about 10 orang asli - or "original people" as the tribespeople are called - to hear their complaints.

The locals from the Pos Brooke settlement also complained that their orchards were damaged, the river water had been muddied, and the forests for hunting had almost vanished, he said.

"The area looks like a war zone. There is a total disregard for their livelihood," Annuar said. "I had to hold back my tears."

Three commercial vegetable farmers are suspected of being responsible for the damage around the Pos Brooke settlement, he said. In addition, 22 companies are involved in logging there, he said

"Most companies have done their clearing without approval from anybody," Annuar said. "Unfortunately, they just ignore the rules. They just go for logging like nobody's business."

Annuar is the UMNO chairman of Kelantan, the only state in Malaysia governed by the opposition Pan Malaysian Islamic Party. PAS officials were not immediately available for comment Tuesday.

Husam Musa, the state's financial planning committee chairman, told AP last Thursday that Kelantan froze logging in March 2006, and only one company had approval for agricultural activities in the area.

Husam accused UMNO of stirring up "bad feelings" against the state government, calling it a political campaign. "We feel there is an effort to give a feel-bad factor," he said. "We're very serious to preserve the environment."