The murky circumstances surrounding Anna Nicole Smith's death could become clearer Monday, when authorities are expected to release the results of the former pinup's autopsy. 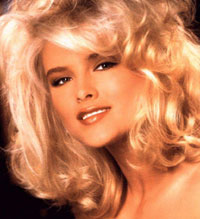 The anticipated disclosure of what killed Smith comes more than six weeks after she was found unresponsive at her hotel suite in Hollywood, Florida.

The autopsy results had been expected weeks ago but have been repeatedly delayed, in part because the Broward County medical examiner, Dr. Joshua Perper, said he received additional evidence from the Seminole Police Department. The department is investigating the starlet's death because the Seminole Hard Rock Hotel and Casino where she was staying is located on tribal land.

Authorities would not disclose what the additional evidence was.

Perper's initial autopsy report was released a day after Smith's death, but he said an extensive battery of tests was being performed to search for all manner of causes.

Perper's initial tests found no evidence, either in Smith's stomach or her bloodstream, that she had taken large amounts of prescription medication. The medical examiner said prescription drugs, but no illegal drugs, were found in Smith's hotel room. He would not identify the drugs.

The initial examination did find signs of inflammation in Smith's heart. Perper said it was "something which looks a little bit unusual" but that it may be nothing.

Because Smith's death was so sudden and because her 20-year-old son Daniel died under suspicious circumstances five months earlier, there has been speculation of possible criminal activity. The Seminoles will not comment on their investigation, although they initially said there was no indication Smith was the victim of a crime, the AP says.

An inquest into Daniel Smith's death is scheduled to start Tuesday in the Bahamas.

Smith arrived at the Hard Rock on Feb. 5 and planned to leave four days later aboard a new yacht her companion Howard K. Stern was arranging to buy. She was said to be suffering from a stomach flu before she was found dead Feb. 8.

Stern and two other men have claimed they are the father of her baby, Dannielynn.