Lawyers representing businessman Mohamed al Fayed asked a coroner Wednesday to order the police to hand over all documents and interviews from the force's three-year investigation into the deaths of his son Dodi Fayed and Princess Diana. 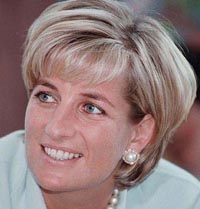 At a preliminary hearing ahead of an inquest into the deaths, al Fayed's lawyer argued that holding back the material could make people suspect there had been a cover-up.

"A lack of disclosure can be counterproductive to the effectiveness of the inquest system, give rise to unfounded suspicion that matters are being deliberately concealed by the police, (and) distract attention from the real issues," said legal documents submitted by al Fayed's lawyer, Michael Mansfield.

Diana, 36, and Dodi Fayed, 42, were killed along with chauffeur Henri Paul when their car crashed in the Pont d'Alma tunnel in Paris on Aug. 31, 1997. Al Fayed, the owner of London's Harrods department store, has long claimed the couple were the victims of a conspiracy.

Stevens concluded - as had an earlier French inquiry - that Paul was drunk and lost control of the car in his efforts to evade photographers.

Mansfield asked the coroner, Lady Elizabeth Butler-Sloss, to require the police to respond to the request within two weeks and to hand over the material within a month.

The requested documents include a letter Diana wrote to her then-butler, Paul Burrell, expressing fears for her safety.

The lawyers asked for all material relating to the Burrell investigation concerning views Diana expressed "as to her safety and attitude towards her by members of the royal family."

Mansfield said the legal team was not asking for all the material to be made public, just to be handed to al Fayed's legal team, reports AP.

"We all have an interest in ensuring that personally or commercially sensitive material is not revealed to the world at large," he said in legal documents.

Arguments over what will be disclosed and when are expected to continue at hearings Wednesday and Thursday.

The full inquest is to open in October, more than a decade after the couple died.