Britney Spears has left rehab. The pop star checked out of Promises Malibu Alcohol and Drug Rehab Treatment Facility "after successfully completing their program," the pop star's manager, Larry Rudolph, said in a statement released by Jive Records late Tuesday. "We ask that the media respects her privacy as well as those of her family and friends at this time." 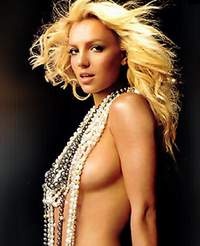 Spears, 25, entered the facility Feb. 22, after a bout of bizarre behavior that included shaving her head, getting tiny lips tattooed on her wrist and beating a car with an umbrella, with photos of the incidents instantly beamed worldwide, the AP reports.

Spears' activities have been weekly magazine fodder since she filed for divorce from aspiring rapper Kevin Federline in November. The two have joint custody of their sons, Jayden James, 6 months, and Sean Preston, 18 months.