Khalid Sheikh Mohammed's capture four years ago did not shut down al-Qaida or bring the Americans to Osama bin Laden. 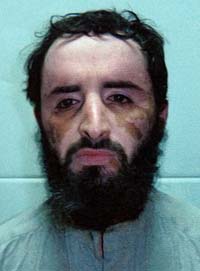 But if his confession is to be believed, his arrest was a crushing blow to bin Laden's plans for even more deadly attacks in the wake of 9/11. His expertise was never replaced and his absence contributed to the group's transition from a fear-inspiring attack force to a hate-filled voice on the Internet, urging others to wage terror against the West.

"In terms of competence for managing, planning and executing terrorist attacks, KSM was the best in al-Qaida," said Rohan Gunaratna, a terrorism expert and author of a book on al-Qaida. "That's why Osama bin Laden and other important al-Qaida leaders entrusted him with so many operations."

In his testimony to a military tribunal at Guantanamo Bay, released in redacted form by the Pentagon on Wednesday, Mohammed claimed involvement in 31 attacks and plots.

Some are almost surely true.

He was the mastermind of the 9/11 jetliner attacks and, in their wake, certified his bloodthirst by personally beheading Wall Street Journal reporter Daniel Pearl - bragging about it on the Internet then and in the testimony transcript of last Saturday.

"I decapitated with my blessed right hand the head of the American Jew, Daniel Pearl, in the city of Karachi, Pakistan," he said. "For those who would like to confirm, there are pictures of me on the Internet holding his head."

His operations ranged from his admitted involvement in the 1993 attack on the World Trade Center, as well as a failed scheme known as Bojinka to bring down 12 Western airliners in Asia - claims that are well documented.

Less certain is his claimed role in the October 2002 bombings that killed 202 people in Bali, Indonesia, and aborted plots to assassinate former U.S. presidents and Pope John Paul II.

"He's a boastful character. I think after four years of silence, he'd probably like to be up there with the likes of bin Laden and Ayman al-Zawahri as a major figure and ideologue, and impress people with everything he's done," said Ahmed Rashid, a Pakistan-based author on Islamic militancy.

He "sang" to interrogators almost from the start, after his March 2003 arrest at a house outside the Pakistani capital. Much of the information in the 26 pages of released testimony has been long known.

But even if his self-proclaimed status is somewhat exaggerated, he "gave the Americans lots of information about what kind of ideas al-Qaida had, and how they put their plots together," said Magnus Ranstorp, a terrorism expert at the Swedish National Defense College.

"Mohammed's information gives us a glimpse into the group's imagination. On an operational level, I don't think they have ever been able to replace his experience," he said.

Experts agree the arrest was a major setback forbin Laden's terror network, and one from which the group has never quite recovered.

Along with the arrests of other top bin Laden lieutenants, such as Abu Zubaydah and 9/11 coordinator Ramzi Binalshibh, Mohammed's capture forced the group - evicted by a U.S.-led invasion from its sanctuary inside Afghanistan - to evolve.

Many of the world's recent terror attacks - such as the March 11, 2004, train bombings in Madrid and the July 2005 attacks in London, were carried out by local groups with no proven links to bin Laden's inner circle. Although undoubtedly inspired by bin Laden's call for global jihad, al-Qaida no longer could lend the kind of direct support it offered the 9/11 hijackers.

"The role of al-Qaida has changed a lot," said Talat Masood, a former Pakistani general and security analyst. "It has become devolved and amorphous. It's a more ideological and inspirational force and does not have a centralized command anymore."

Gunaratna said the loss of Mohammed, a naturalized Pakistani born in Kuwait, as its top operational commander, combined with increased counterterrorism cooperation worldwide, has left al-Qaida unable to mount attacks on the scale of the 9/11 strikes on America.

One thing his arrest did not accomplish was the arrest of bin Laden or his top deputy, al-Zawahri.

Pakistani intelligence agents say Mohammed was carrying a letter from bin Laden at the time of his arrest, but there is no evidence he knew bin Laden's exact whereabouts. By this point, any information Mohammed had would have been years out of date.

The two top al-Qaida leaders are still believed to be hiding along the Pakistan-Afghan border.

And while experts say al-Qaida lost much of its operational capacity following Mohammed's arrest, there are signs that it is getting it back.

Outgoing U.S. National Intelligence Director John Negroponte warned in January that al-Qaida and the Taliban have found a "sanctuary" in Pakistan. U.S. intelligence officials told The New York Times the group was even reopening terror training camps in Pakistan's tribal regions, albeit smaller and less sophisticated than the ones that dotted Afghanistan when al-Qaida enjoyed protection under the hardline Taliban, reports AP.

A senior Western diplomat in Islamabad, who requested anonymity because of the sensitivity of the issue, said the Taliban resurgence had not necessarily led to the re-emergence of al-Qaida training camps in Pakistan - a key ally in the war on terror - but had "created the environment for whatever is left of al-Qaida to feel more comfortable."

But nobody knows for sure. Mohammed's knowledge now is dated. And clouding the picture further is the view, widely held especially in the Islamic world, that his confessions are not entirely credible - either coerced by American captors or exaggerated by Mohammed himself, in the hope of carving out a place in the pantheon of terror.