Police on Thursday were searching for a fortune in cash that disappeared from a small plane after it crashed in northeastern Brazil. 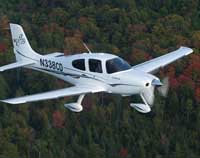 The twin-engine plane carrying some 5.6 million reals (US$2.6 million; EUR1.96 million) in cash crashed Wednesday afternoon near the city of Salvador, some 1,200 kilometers (750 miles) northeast of Rio de Janeiro, killing all four people aboard, said a Bahia state policewoman, who declined to be identified, in accordance with department policy.

Police say they suspect that local residents made off with bags of cash before rescuers arrived on the scene.

The plane was an air taxi rented by a private security company to transport the money from the city of Petrolina, some 450 kilometers (280 miles) north of Salvador, reports AP.

The plane left Petrolina at about 12:20 local time, made a stop in the city of Paulo Alfonso and was heading toward Salvador when the crash occurred.

Authorities were investigating the cause of the crash.