A Japanese advocacy group said Tuesday it will use balloons to scatter flyers over North Korea, offering residents a US$10,000 cash reward for information on Japanese citizens kidnapped by the regime decades ago. 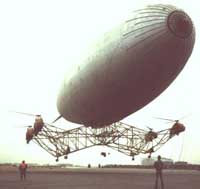 The Tokyo-based Investigation Commission on Missing Japanese Probably Related to North Korea plans to send the first batch of the balloons from near South Korea's border with the North in late March, according to the group's leader, Kazuhiro Araki.

The 5-meter- (20-foot-) long balloons are fitted with simple timers and can be preset to release sacks of flyers over the Pyongyang region, Araki said.

The postcard-sized flyers, which are waterproof and printed in Japanese and Korean, call for details on Japanese citizens abducted by communist agents in the 1970s and 1980s.

The flyers also offer a cash reward of up to US$10,000 for information on Japanese abductees and urge residents to contact a hot line in Japan or tune in to a radio program the group transmits toward North Korea.

The group is preparing to eventually scatter over 100,000 flyers over the isolated regime, Araki said. With no independent radio, television or newspapers and no public Internet access, few North Koreans know what is happening in their homeland, or outside.

In 2002, North Korea admitted that it abducted 13 Japanese citizens in the 1970s and '80s to train them as spies. Pyongyang eventually allowed five to return home, saying the others were dead, reports AP.

Japan has demanded proof about the other eight abductees and has refused to give energy aid to North Korea until the issue is resolved, despite Pyongyang's agreement to shut down its main nuclear reactor in exchange for energy aid and other incentives.