British Prime Minister Tony Blair said Friday he believed U.S. voters were ready to elect a black or a female president, saying tremendous social changes had made the prospect possible. 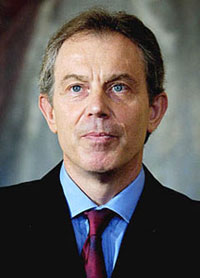 Blair said the world had been transformed by changes in attitudes toward women, race and homosexuality.

"I think any of these things are possible," Blair said during an interview with Scotland's Real Radio, when speaking on whether he believed a black or female candidate was capable of winning the U.S. presidency in 2008. Candidates Sen. Barack Obama and Sen. Hillary Clinton have both announced they will run in the election.

"What I've learned about not just being prime minister of the country, but the world in which we live, is the sheer scale and pace of change," Blair told the radio station, reports AP.

"People are expected to adapt today to different ways of doing things and different ideas with a rapidity that when I was growing up would just have been seen as science fiction."

Blair has said he will stand down as British leader before September, but told the radio station he would not yet confirm his precise departure date.