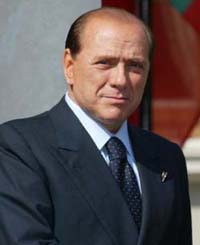 The media mogul-turned-politician was acquitted in December 2004 of allegedly bribing judges in an attempt to stop the SME state food conglomerate from being sold to a rival industrialist in 1985.

Attempts to bring the case to an appeals court had been blocked by a law passed by Berlusconi's government, which barred prosecutors from appealing acquittals from an initial trial, reports AP.

But Italy's Constitutional Court overturned the law last month, prompting the Court of Cassation to rule that Berlusconi should be retried, said lawyer Niccolo Ghedini.

No date has been set, he said.