U.S. man freed from prison by DNA evidence gets $3.9 million from city 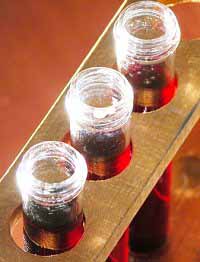 U.S. man freed from prison by DNA evidence gets $3.9 million from city

A man who spent seven years in prison for rape before a DNA test exonerated him will get $3.9 million (EUR3 million) from the city, authorities said.

William Gregory, 59, claimed in a lawsuit that he was falsely arrested by officers in the Louisville Police Department, causing him to endure years of degradation behind bars.

Gregory was convicted in 1993 of raping one woman and attempting to rape another. He was released from prison in 2000 after DNA tests showed that hairs found at the rape scene could not have come from him, reports AP.

In November, the state paid him $700,000 to settle his claims against a state forensic examiner who testified against him.