Once he was a spammer who e-mailed more than 9 billion unwanted advertisements for products like erection pills. Now he's facing a hefty fine if he needs headache medication or debt relief there's probably an unsolicited ad in his own inbox. 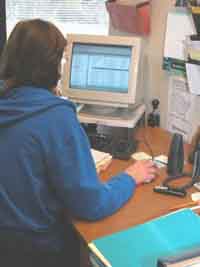 Dutch authorities said Friday they have levied a EUR 75,000 (US$97,000) fine on an unidentified man for sending an unfathomable amount of the messages known as spam.

The man "sent unsolicited electronic messages to consumers to promote erection enhancement pills, pornographic web sites, sex products and such," the country's telecommunications watchdog said in a statement. It was the largest such fine levied by the watchdog, known by its Dutch acronym OPTA.

OPTA said it took several factors into consideration, including the sheer volume of the messages, saying the 9 billion was a "minimum" estimate.

"Another aggravating factor was that this person used hundreds of so-called proxies," OPTA said in a statement. These are "computers of unsuspecting end-users, which were used as staging bases for sending spam. In this way the spammer managed to conceal his real identity."

The Netherlands outlawed sending unsolicited e-mail in May 2004.

OPTA said Microsoft Corp. had helped in its investigation by gathering evidence and submitting it to OPTA, reports AP.

He said the man had rented 10 computer servers from the American company Managed.com, but added the servers were run by the man himself.

The spammer had argued in his defense that he had already stopped sending spam by the time he was caught, "not because he realized that what he was doing was a violation of the law, but because he simply wasn't earning enough money by sending the messages," OPTA said.