Rome subway planners struggle to avoid collision between past and future

In a city where traffic rumbles past the Colosseum and soccer fans celebrate victories among the remains of the Circus Maximus, it comes as no surprise that relics of the glory that was Rome turn up almost every day and sometimes get in the way of the modern city's needs. 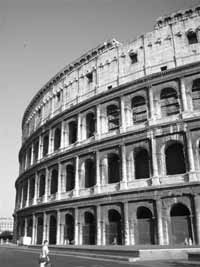 Rome subway planners struggle to avoid collision between past and future

The perennial tug-of-war between preserving ancient treasures and developing much-needed infrastructure is moving underground, as the city mobilizes archaeologists to probe the bowels of the Eternal City in preparation for a new, 25-kilometer (15-mile) subway line.

Eyesore yellow panels have sprung up over the past months to cordon off 38 archaeological digs, often set up near famous monuments or on key thoroughfares of the already chronically gridlocked historical center.

Rome's 2.8 million inhabitants can rely on just two subway lines, the "Metro A" and "B," which only skirt the center and leave it clogged with traffic and tourists. Plans for a third line that would service the history-rich heart of Rome have been put off for decades amid funding shortages and fears the work would grind to a halt amid a trove of discoveries, reports AP.

Those discoveries may now be just a shovelful away as archaeologists dig through more than half a million cubic meters (17 million cubic feet) of earth, documenting finds that go from modern to Roman times. They will then sit down with planners of Rome's "Metro C" line to discuss the engineering nightmare of shifting stairwells and redesigning stations to preserve any relics of note.

"It's bit of a slalom to preserve the finds and still get the subway done," said Fedora Filippi, the archaeologist who oversees a dig in front of the baroque church of Sant'Andrea della Valle. "This is the daily life of urban archaeologists who must confront difficult and fascinating sites like this one."