Polish lawmakers expect to discuss in the next few days a U.S. request to set up part of a planned missile defense system in Poland, the prime minister said Tuesday. 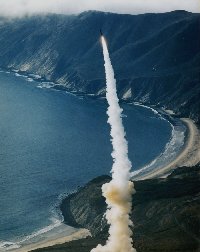 Washington announced earlier this month that it wants to build a missile defense system in Eastern Europe, basing a radar system in the Czech Republic and a missile interceptor site in Poland.

Polish Prime Minister Jaroslaw Kaczynski said the issue would be discussed by the parties represented in parliament, a decision he agreed on with Donald Tusk, head of the main opposition party Civic Platform.

"This is certainly a topic which should be discussed by all the parliamentary parties," Kaczynski, also leader of his conservative Law and Justice party, said in an interview on state radio.

So far, officials in both Warsaw and Prague have said they are willing to start the talks, but that it is too early to say what the outcome might be.

Several hundred people marched through downtown Prague late Monday to protest the possibility of a site on Czech soil and to demand a referendum on the issue. A few dozen people in Warsaw made a similar protest on Sunday.

Opponents fear that allowing the establishment of the U.S. sites could make their countries vulnerable to terrorist attacks.

In the Czech Republic, the Communist Party supports a referendum on the issue but Prime Minister Mirek Topolanek and his center-right Civic Democratic party oppose it, arguing that approval by both chambers of parliament would be sufficient, reports AP.

Poland has been a staunch U.S. ally in Iraq and Afghanistan, but has given no hint as to whether it would agree to host an interceptor site.

Russia has warned that it would view a U.S. missile defense site so close to its borders as a threat a position Polish Defense Minister Radek Sikorski has said Poland would take into consideration.

It is also still unclear what demands Poland would make in exchange for hosting such a site, should it eventually agree to do so.