Part of the producing team that helped launch the making of the Academy Award-nominated film "Little Miss Sunshine" will have to watch from their seats if their movie wins the best picture Oscar next month. 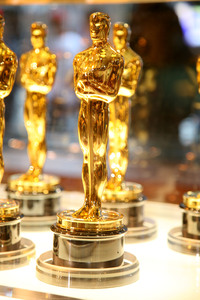 The Academy of Motion Picture Arts and Sciences has ruled that Albert Berger and Ron Yerxa did not meet its guidelines for inclusion as producers of the film, which has already won top honors from the Producers Guild of America and the Screen Actors Guild.

Similarly, the academy decided that only one producer Graham King will get credit for the crime drama "The Departed," leaving Paramount Pictures studio chief Brad Grey and actor Brad Pitt out in the cold.

When a film wins an Oscar, it is the producer who accepts the golden statuette and gives the acceptance speech. Rules adopted by the academy in 2000 limits credited producers to three in order to avoid handing awards to a mob of "producers," some of whom may have gained the credit for little or no effort.

That posed a problem for "Little Miss Sunshine," which has five credited producers.

According to guild guidelines, a producer exercises decision-making authority in one or more of four areas of filmmaking development, pre-production, production and post-production/marketing.

Applying those guidelines, the PGA decided that all five producers deserved credit for "Sunshine," a darkly comedic road movie that also produced Oscar nominations this year for Alan Arkin and 10-year-old Abigail Breslin.

When the Oscar nominations were announced last week, the academy said the producer credits for "Little Miss Sunshine" were still to be determined.

Thursday night, the executive committee of the academy's producer branch decided to exclude the pair, who found the script by Michael Arndt and brought it to the film's directors, Jon Dayton and Val Faris.

The academy announced its decision in a short statement and would not explain further when contacted Monday.

Berger and Yerxa did not respond to a request for comment Monday. The PGA declined to comment.

The academy also decided that only one producer would get credit for the Martin Scorsese film "The Departed."

Grey had been instrumental in the film's development, but backed out of direct involvement after getting the top job at Paramount last year.

"I loved working on 'The Departed' and will always think of it as one of the best times of my career," Grey said in a statement, reports AP.

The PGA devised its rules regarding credits after years of complaints about "credit creep" the tendency of filmmakers to massage the egos of actors, directors, studio executives and even agents by giving them undeserved on-screen credit.