Twenty-four nations whose fishing fleets ply the Mediterranean have pledged to help dwindling stocks with measures including nets that allow young fish to escape, a U.N. food agency said Tuesday. 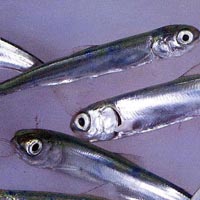 Countries participating in a meeting last week of a fisheries commission at the U.N. Food and Agriculture Organization's Rome headquarters also agreed to share information about their fishing fleets, allowing experts to monitor the industry's impact, the agency said.

"This is a milestone. We will now have a tool for getting a complete picture of what kind of fishing is going on in the entire area," said Alain Bonzon, secretary of the agency's General Fisheries Commission for the Mediterranean.

The commission's members agreed to use new, more selective types of netting in bottom trawls that will allow young fish to escape capture and eventually breed, the statement said.

The species that will benefit the most include red mullet and hake, it said.

The commission also signed off on a recovery plan for the threatened bluefin tuna, first approved last year by the International Commission for the Conservation of Atlantic Tunas to protect a prized species that environmentalists say is being dangerously overhunted, reports AP.

Only 19 of the commission's 24 member states attended the meeting in Rome, but Bonzon said the decisions taken would be valid for all countries.

The commission includes nations that are in the Mediterranean or fish in it, including Japan. The Asian country is heavily involved in fishing in the sea's international waters and in fish farming in the region, said Alessandro Lovatelli, an aquaculture expert at the FAO commission.

About 90 percent of bluefin farmed in the Mediterranean is destined for the Japanese market, increasingly hungry for the prized sushi and sashimi ingredient, he said.