When she was 26, Rosario had a backstreet abortion. The year was 1980, and it was the only way to terminate an unwanted pregnancy in this overwhelmingly Roman Catholic country. A quarter-century later, it still is, though that might be about to change. 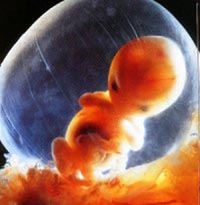 On Thursday, Parliament is expected to call a referendum on introducing abortion-on-demand through the 10th week of pregnancy. The main opposition parties have said they won't oppose the ballot.

Five days after the 1980 procedure, Rosario was in unbearable pain and underwent emergency treatment. "They found I still had a dead fetus inside me," she said with tears in her eyes.

She had a second abortion three years later without anesthesia in a shabby Lisbon apartment.

"I was held down by force and told not to scream because it would attract the neighbors' attention. It still hurts to think about it," said Rosario, who spoke to The Associated Press on condition that her last name not be used.

Pro-choice groups claim around 10,000 women are hospitalized every year with complications arising from botched backstreet abortions.

The governing center-left Socialist Party, which has long campaigned for the relaxation of abortion laws that are among the most restrictive in Europe, wants the vote held in January.

"We have to end this blight of backstreet abortions," Prime Minister Jose Socrates said last weekend. "It makes Portugal a backward country."

Abortions are granted in Portugal only under exceptional circumstances, including rape or the mother's medical need, and only through the 12th week of pregnancy.

In Europe, only Poland and Ireland have similarly restrictive rules on abortion, and Malta forbids abortion altogether.

Supporters of abortion rights say Portugal is being hypocritical. The law says one thing, but the reality is different because women simply seek abortions either at backstreet clinics or by travelling to countries where abortion is available at private medical centers.

Despite political support for the referendum, it is not clear whether voters will approve legalization. Previous efforts to ease the law have run into strong opposition from the Catholic church, which led the pro-life campaign in a 1998 abortion referendum that failed.

The 1998 vote was declared void because of a low turnout, but with the "No" vote winning narrowly. More than 50 percent of the country's registered voters need to cast ballots for a referendum to be valid.

"It's a question of ethics and fundamental human rights," Policarpo said.

Portugal is returning to the issue six months after a court handed down the first convictions for illegal abortions. Few cases reach the courts and they are usually thrown out because of insufficient evidence.

Two women who had backstreet abortions were given suspended prison sentences of six months each. The doctor who performed the procedure received three years and eight months in prison, and the nurse who assisted was handed a 16-month sentence, reports AP.

In neighboring Spain, abortions are also legal if a mother's health is in danger, but that rule is interpreted less strictly because the mother's psychological well-being is given as much weight in a diagnosis as her physical condition.

That has meant that Portuguese women with enough cash travel to Spanish abortion clinics.