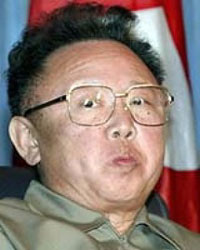 Beijing - a longtime supporter of the North but also the host of international talks aimed at persuading the fellow communist country to give up its nuclear ambitions - strongly criticized the move, the AP said.

"China resolutely opposes the North Korean nuclear test and hopes that North Korea will return to the six-nation talks," according to a Chinese Foreign Ministry statement read out on state television news. "Upholding the stability of Northeast Asia is in the interests of all parties."

China, Japan, Russia, South Korea and the United States have held intermittent talks with North Korea since 2003 in hopes of getting Pyongyang to abandon nuclear weapons in exchange for aid and security guarantees.

Strong criticism came from South Korea which shares the world's most heavily armed border with the North.

"The North's nuclear test is a provocative act and the North must clearly assume all responsibility," said Kim Geun-tae, head of the ruling Uri Party, according to the party.

Seoul's Defense Ministry said the military's alert level had been raised in response to reports of the test.

North and South Korea have faced off at the heavily armed demilitarized zone separating them since the 1950-53 Korean War ended in a truce, not a peace treaty.

Australian Prime Minister John Howard said his government would call on the U.N. Security Council to take "swift and effective action" against North Korea including financial, trade and travel sanctions.

"But if the United Nations fails to act effectively against this outrage from North Korea, it will represent a further diminution of its authority," Howard said.

North Korea, meanwhile, lauded the claimed test, characterizing it as self-defensive in nature.

"It will contribute to defending the peace and stability on the Korean Peninsula and in the area around it," KCNA said.