The Senate will debate legislation to lift a ban on creating human embryos for stem cell research in November, and a vote on the bill should be a close call, a senator said Tuesday. 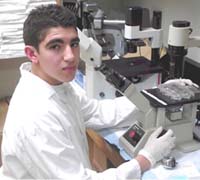 Sen. Kay Patterson, who drafted the bill and presented it in the Senate Tuesday, said she was uncertain whether a majority of lawmakers would support the changes.

"I think it will be close in the Senate," Patterson told reporters, adding that she expected clear support in the lower chamber of Parliament, the House of Representatives.

Patterson is proposing a relaxation of Australia's first laws on stem cell research passed by Parliament after a heated debate in 2002.

The current laws ban scientists from creating embryos for the purpose of producing stem cells, but allow research on spare embryos intended for invitro fertilization.

Patterson's amended laws would lift a ban on the use of so-called therapeutic cloning to create embryos for their stem cells, in line with the recommendations of a government-commissioned expert review of scientific and ethical issues surrounding the ban.

She said she expected an extended debate on the divisive issue when the Senate resumes on Nov. 6 but declined to predict when the legislation will go to the vote.

Therapeutic cloning involves taking the nucleus of a human cell and injecting it into a modified egg to create an embryo from which scientists can extract embryonic stem cells, reports AP.

Supporters of embryonic stem cell research say it could lead to cures for conditions like Type 1 diabetes, Parkinson's and motor neurone disease.

Opponents, including Health Minister Tony Abbott, warn that therapeutic cloning is open to abuse and could create animal-human hybrids.

Patterson has drafted the laws as an individual senator rather than as a representative of Prime Minister John Howard's center-right coalition government. Howard has said government lawmakers will be allowed to vote according to their consciences on the bills rather than according to government policy.