Pakistan has no information on where Osama bin Laden is hiding or whether he is dead or alive, the Foreign Ministry said Monday. 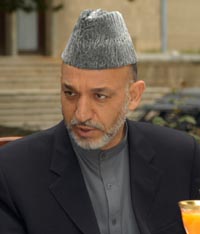 Bin Laden is widely believed to be hiding in the rugged region along the Pakistan and Afghan border.

Aslam said that leaders of the Taliban are present in Afghanistan and denied that Pakistan aided the radical Islamic militia, reports AP.

"We believe that the Taliban leadership is inside Afghanistan, Taliban resurgence is in Afghanistan," she said.

A U.S. military campaign ousted the Taliban from power in Afghanistan in late 2001 for harboring al-Qaida.