Out of the several thousands of recently naturalized Dutch citizens only a few hundred showed up to the ceremonies organized by the government around the country. 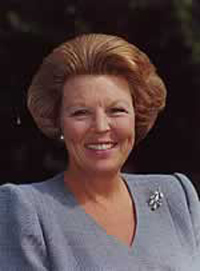 The citizenship ceremonies are seen as an attempt to inspire a sense of belonging among migrants, some of whom in recent years have increasingly been marginalized in a society once seen as one of the world's most welcoming and tolerant.

In The Hague, 900 new citizens were invited to an afternoon ceremony to be witnessed by Dutch Queen Beatrix and addressed by Immigration Minister Rita Verdonk. Only 220 registered to attend.

In Amsterdam, an even smaller proportion went to a morning ceremony -  about 350 people out of 3,500 granted citizenship in the past year. But city fathers were not disheartened.

"Given that it's not required and this is vacation season, it's definitely not a bad turnout," said Amsterdam municipality spokesman Hendrik Wooldrik.

In 2005, 25,500 people applied for Dutch citizenship and 85 percent of applicants were granted. In the same year, 15,800 asylum seekers and people applying for temporary residency visas were forcibly removed from the country, according to the Immigration Service.

Such ceremonies happen in other countries, but in the Netherlands, "It's a new phenomenon," said Hague municipality spokeswoman Ankie Pastoors.

The government designated Aug. 24 as Naturalization Day, marking the day in 1815 that the Dutch Constitution came into effect.

In remarks posted on the ministry's web site, Verdonk welcomed all new citizens. "You have shown that you want to and can be part of our society, so today you are officially Dutch. Welcome," she said.

Verdonk also underscored some of the rights granted under the Dutch constitution - equality for men and women, freedom of religious worship and freedom of expression.

In the last two years, Verdonk has sponsored legislation tightening requirements for new immigrants, and has earned a reputation for refusing to bend the rules. The Dutch press has dubbed her "Iron Rita."

As of October, attending a naturalization will be mandatory, but at the moment most people get their new citizenship papers in the mail, meaning there is little incentive for many to attend Thursday's ceremony.

"We expected something like this," said Pastoors. "People got the papers in the first half of the year so that is all behind them."