Barthez wants to stay in sport for two more years 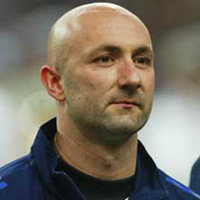 Barthez wants to stay in sport for two more years

The 35-year-old goalkeeper, who helped France reach last month's World Cup final, is looking for a club after his contract at Marseille expired.

"For as long as I play soccer, I won't ever turn down the France team," Barthez told French sports daily L'Equipe. "But I don't expect to be on the next roster."

He said is "doing very well" and "in the ideal scenario, I would like to play two more years. But maybe it will be not at all."

Barthez said he would like to return to Toulouse, where he first played professionally in 1991, to join coach Elie Baup, the AP reports.

Barthez said he had turned down one club, which he did not identify.