The winner of the 2006 Tour de France may not be confirmed until after next year's race starts in London's Whitehall. This bizarre prospect follows the confirmation that the winner on the road, Floyd Landis, did indeed test positive for testosterone, marking the start of a lengthy legal procedure, according to Guardian Unlimited. 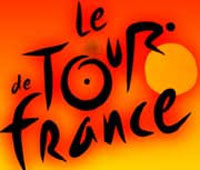 After Saturday morning's B-sample analysis result Landis's lawyer José María Buxeda said yesterday that he did not expect the final ruling on the winner until "December of this year or January of next year" because even when an initial verdict is announced - likely to be within a month - there remain two further appeal procedures.

The US Cycling Federation has already referred the case to the United States Anti-Doping Agency (USADA).

Landis originally said the liquor he had the night before the stage or perhaps dehydration were possible reasons for the positive test.

He acknowledged on Monday those explanations had caused him problems.

Meanwhile in Paris, an expert in the field of sports doping research said Landis faced an uphill task to clear his name.

A second Landis drugs test, or 'B' sample, was revealed over the weekend also to contain an abnormally high level of testosterone, making Landis likely to be the first Tour winner stripped of his title for doping in the 103-year history of the race.

Landis, asked whether he contradicted himself with his various reasons for the positive test, said, "Number one, the whisky idea was not mine from the beginning.