The children, between the ages of 6 months and 2 years, suffered from severe diarrhea, said Dr. Fatma Aboud of Mnazi Mmoja Hospital. The facility was forced to put as many as three children in one bed because of the outbreak, she said. 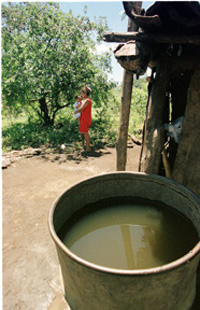 "The illnesses are not life-threatening, but we call upon parents to boil water before drinking it and to keep their environments clean," Aboud said.

Zanzibar, a semiautonomous part of Tanzania, has a persistent water shortage. In many parts of this impoverished nation, residents rely on leaking pipes or ponds for drinking water.