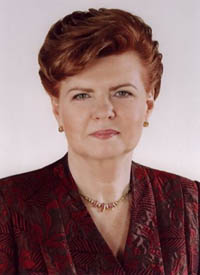 Vike-Freiberga, whose veto had been expected, said she saw a "logical reason" to list discrimination of gays alongside discrimination based on race, gender, age, disability, religious or political beliefs, as well as ethnic origin or social status.

Parliament must now rework the bill or vote for a second time to pass it in its current form, which would require a two-thirds majority in the 100-seat Parliament.

Should Vike-Freiberga again veto the bill, the Parliament could finally override her second veto with a simple majority, the AP reports.