A doctor at the Welwitschia Clinic in Walvis Bay said Sunday there were no complications during the birth Saturday of Shiloh Nouvel Jolie-Pitt, and that the baby and its mother, Angelina Jolie, were doing well. 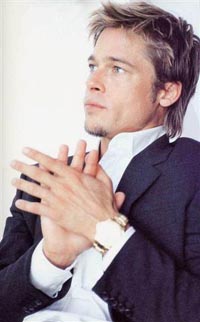 Police ringed the hospital with tight security, refusing to admit journalists and photographers into the building. The government has gone to extraordinary lengths to protect the privacy of Jolie and Pitt, who came to Namibia to avoid the media prior to the birth.

Pitt disappointed fans in France but warmed the hearts of pregnant women everywhere when he sent an e-mail last week to the Cannes Film Festival that he was unable to attend the screening of his new film "Babel" because of the baby's "imminent arrival."

In "Babel," directed by Alejandro Gonzalez Inarritu, the 42-year-old Pitt plays a husband and father trying to cope with a crisis on vacation in Morocco. Cate Blanchett plays Pitt's wife. The film also stars Gael Garcia Bernal, the AP reports.

On Sunday, Inarritu won the directing prize at Cannes. The Mexican director said more than 1,000 people contributed to the production of the film and that "I'm receiving this award on behalf of all of them."

In Springfield, Mo., Pitt's family was delighted with the news of Shiloh's birth.

Jolie and Pitt were linked romantically shortly after appearing