Portugal hopes to dispatch police to East Timor this week 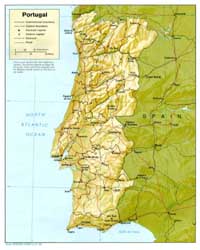 Portugal hopes to dispatch police to East Timor this week

Security minister Antonio Costa said the police contingent had made "great efforts" to accelerate their readiness and would leave as soon as aircraft could be arranged.

The paramilitary police, who served with a U.N. force in the Southeast Asian country between 2000 and 2002 and also participated in peacekeeping patrols in Iraq, are to help restore order in the former Portuguese colony, the AP reports.

Australia, New Zealand and Malaysia are also contributing forces to help stamp out the violence which has spiraled since a rebellion by ex-soldiers last month.