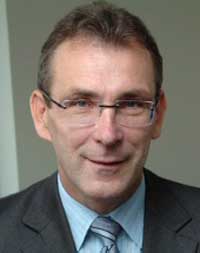 "Europe's own abundant coal reserves offer security of supply," said EU Energy Commissioner Andris Piebalgs. "However, the challenge of global climate change means that coal use must be accompanied by a reduced environmental impact, which means lower emissions."

Soaring oil prices and worries about Europe's dependency on gas imports have forced EU leaders to look at a wider range of energy sources.

Piebalgs said researchers should focus on the viability of zero-emission coal-fired power generation. He said he would ask the European Commission to suggest ways to boost investment in clean coal.

Coal could also back up other type of energy generation. It is used to burn biomass or waste and as a back-up for wind power, he said.

More research was also needed into using coal combustion plants to pioneer carbon dioxide storage techniques,  known as carbon capture,  that could reduce emissions and creating coal-to-liquid and other chemical products to reduce dependence on oil.

Coal and lignite currently generate a third of the EU's electricity, but some countries in eastern Europe draw up to 60 percent of their power from coal.

Piebalgs spoke at an energy conference in Gliwice, Poland but his prepared remarks were distributed by his office in Brussels.