Russia 's foreign minister repeated his country's long-standing criticisms of the Council of Europe on Monday, as Moscow hosted a top-level delegation from council's Parliamentary Assembly and took the reins of Europe 's leading human rights watchdog. The 46-nation council is the first major pan-European organization Russia will chair, and Moscow is expected to use its presidency to try to tame the criticism it gets from the body it joined 10 years ago. 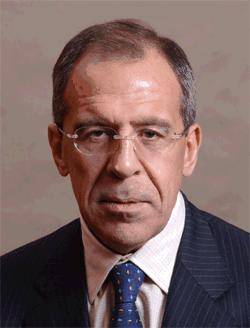 The council and the affiliated European Court of Human Rights has sharply criticized Moscow for rights violations in Chechnya, abuses by its police forces, as well as infringements of media, social, religious and minority freedoms. But Russia , which is the biggest financial contributor to the council, says the organization does not use the same criteria for all its members, slamming Moscow for things that go unnoticed elsewhere.

"We cannot ignore the fact that the volume of commitments that we are requested to assume is much larger than was initially addressed to 'the founding fathers' of the Council of Europe," Foreign Minister Sergey Lavrov was quoted as saying by Russian news agencies.

"We are not making a problem out of it, but we see a certain political subtext," he was quoted as saying. State Duma speaker Boris Gryzlov singled out the European Court for particular criticism, saying: "Our task as parliamentarians is to bring attention to the fact that the European Court should solely fulfill a legal function ... and not interfere in politics."

Gryzlov also in his televised comments for the council and the European Union to press Latvia and Estonia to respect the rights of Russian-speaking minorities in the two Baltic nations a long-standing complaint by Moscow . Rene van der Linden, the head of the council's Parliamentary Assembly, called PACE, said in a statement that Russia 's six-month chairmanship gave it the opportunity "to demonstrate that it is a full part of democratic Europe , as an equal partner."

"It is now up to Russia to show that it can actively contribute to building a democratic Europe , which also includes finding peaceful solution to existing conflicts on our continent," he said. Van der Linden and other PACE officials were scheduled to meet with President Vladimir Putin. Lavrov was quoted as telling the European parliamentarians that Russia 's democracy would develop at its own speed, apparently trying to deflect European accusations that Russia is becoming less democratic.

"Mechanically transferring somebody else's model of democracy to different soil will not work," he was quoted as saying by ITAR-Tass news agency. Russia also has been wary of mass demonstrations, after popular protests led to government upheavals in three former Soviet republics Georgia , Ukraine and Kyrgyzstan . Pro-Western governments later came to power in Ukraine and Georgia , and the Kremlin accused the West of funding the upheaval and actively promoting revolutions.

Konstantin Kosachev, a senior pro-Kremlin lawmaker and head of the Russian delegation to PACE, said Russian officials would be discussing the council's upcoming budget, "which needs certain corrections." He also said the council should encourage greater cooperation in education, science and culture without distracting from its traditional mandate promoting democracy and human rights, reports the AP.