Bodies of 7 climbers who went missing on Mount Elbrus found

The eight Russians and four Ukrainians lost contact with the expedition organisers at the base of the mountain. 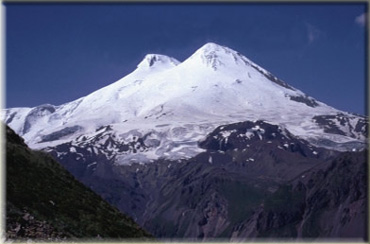 Bodies of 7 climbers who went missing on Mount Elbrus found

A member of one of the groups, said to have suffered frostbite and injuries, managed to reach rescuers, according to BBC News.

On Monday, the climbers said by telephone the weather had worsened and that they were sheltering below the mountain's western summit, Itar-Tass news agency reports.

Rescuers are still searching for the other four climbers, officials said.

"The helicopter cannot approach the place where the bodies of the seven climbers were discovered and evacuate them because of the strong wind," said Kantemir Davydov, a spokesman for the Emergency Situations Ministry in the North Caucasus, RIA-Novosti reports.

Mt Elbrus, near Russia's border with Georgia, soars to 5,642m (18,506ft). It lies in the Russian republic of Kabardino-Balkaria.

The head of the republic's emergencies department, Kantemir Davydov, said the seven climbers who died had dug snow holes but the temperature had plunged to minus 50C since Monday.