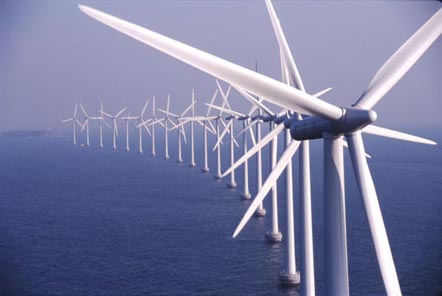 But environmentalists say the promise of clean energy may not be worth the deaths of countless birds that migrate through the area each year on their way to and from winter grounds in Mexico and Central America.

"You probably couldn't pick a worse location, unless you're trying to settle the issue as to how damaging they are to migratory birds," said Walter Kittelberger, chairman of the Lower Laguna Madre Foundation. Laguna Madre is the strip of water between the mainland and Padre Island.

The offshore wind farm is the second announced in less than a year for the Texas Coast, joining 50 wind turbines planned off Galveston, the AP reports.

The wind farm announced Thursday would have up to 500 turbines looming off Texas ranch land spinning up to 500 megawatts of electricity. Patterson said it would be located off a remote, unpopulated part of Padre Island National Seashore.