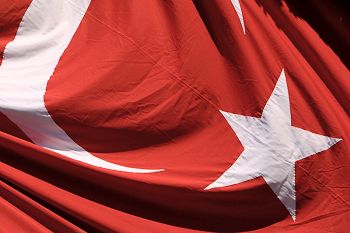 The moves come in a week of tense diplomacy for the Turks, who briefly recalled ambassadors to both France and Canada in protest against recent statements in those countries on the killings of Armenians. The ambassadors returned Thursday after four days in Ankara.

The diplomatic maneuvering shows how sensitive Turks are to the issue. In recognizing the killings as genocide, other countries are putting the Ottoman Turks in the same category as Nazi Germans, a move intensely resisted in Turkey and not likely to make the Turks any more popular in the European Union they hope to join.

Turkey vehemently denies that a genocide against Armenians took place, and has made it government policy to fight such assertions with diplomatic and economic sanctions if necessary. But it is unclear how far Turks are willing to go to fight recognition abroad, especially if it could mean harming the EU bid on which the government has staked its reputation.

"Sometimes you talk, then you have to behave according to the way you talk, and you get to a place you never wanted to go in the first place," said Ilter Turan, a political scientist at Istanbul Bilgi University, of whether Turkey would carry through on its threats.

Combating recognition of genocide has long been a give and take battle for Turkey, which is often outmuscled abroad by local constituencies of Armenians, and then forced to rely on high-level diplomatic and economic threats to keep them from achieving their aims.

The tactic Turkey is using now seems to be to ignore Canada - both politically and economically - and engage France using a mix of incentives and threats.

The Foreign Ministry released a statement saying Canada had learned nothing from "the stagnation of relations between the two countries" after the Canadian parliament voted to recognize the killings of Armenians as genocide, which Canada's prime minister recently said he stood by.

On the other hand, Turkey sent a parliamentary delegation to Paris this week, the Turkish chambers of commerce have sent letters to their counterparts pleading for help and warning of a boycott, and Prime Minister Recep Tayyip Erdogan on Wednesday held a private meeting in Ankara with representatives of large French firms with investments in Turkey, where he warned of serious harm to relations if the genocide measure was allowed to pass.