Electricite de France wants to move into Belgium and Spain 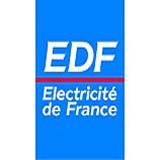 Electricite de France wants to move into Belgium and Spain

Pierre Gadonneix told reporters in Brussels that EDF would like to buy any Belgian assets Suez SA might have to sell off when it merges with Gaz de France SA.

The deal would make the new firm the owner of the country's main electricity supplier Electrabel and part-owner of the No. 2 power firm SPE. The Belgian prime minister has said this kind of monopoly is unacceptable.

"If the Suez-GdF deal goes through, assets will have to be sold in Belgium," Gadonneix said. "We are interested in playing a role in this redistribution."

EDF would be able to expand in Belgium and create a credible alternative to the champion Suez-GdF there," he said.

He said he was also interested in moving into Spain, but ruled out any hostile bids. "We want to be welcome in the countries we go into," he stressed. "If we are not welcome, if we meet obstacles we won't go in."

"Suez and GdF know that we are interested," he said. "But they want to wait until the European Commission makes its decision on the merger. It is too early to say what they might sell before that."

EU regulators on Thursday set a June 19 deadline to decide on the French government-backed tie-up that would create a major new European player in energy, water and waste services with a market capitalization of Ђ72.6 billion (US$86 billion).

In March, Belgian daily De Tijd reported that Belgian electricity watchdog CREG wants Suez and GdF to sell off most of their gas and electricity business in Belgium, the AP reports.

It said the CREG advised the Belgian energy minister that Suez should also sell off its stake in the country's nuclear power plants, saying it was concerned that the new lineup would make the French government a part-owner of Belgium's atomic industry.