India: no immediate plan to withdraw its troops from the Siachen Glacier, defence minister says 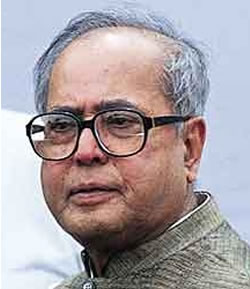 India: no immediate plan to withdraw its troops from the Siachen Glacier, defence minister says

A November 2003 cease-fire at the glacier - the world's highest battlefield - has "been largely upheld by both sides," Defense Minister Pranab Mukherjee told Parliament.

"However, there is no decision at present to pull out troops," he said in a written reply to questions posed by lawmakers in the Lok Sabha, or the lower house.

India and Pakistan have posted thousands of troops at the glacier since 1983, laying claim to territory that has never been demarcated. But more soldiers have died from the bitterly cold conditions at 6,100 meters (20,000 feet) than in fighting.

Mukherjee said there had been some cease-fire violations, and that India strongly protested when firing from the Pakistani side injured two Indian soldiers.

"Pakistani authorities have denied the complicity of Pakistani troops in these incidents," Mukherjee said, without elaborating, according to th AP.

India and Pakistan have fought three wars since the bloody partition of the subcontinent at independence from Britain in 1947, including two conflicts over Kashmir, divided between them but claimed by both.

But tensions have eased considerably since the start of a peace process in January 2004 and the two sides have held several rounds of talks to resolve their differences, including over Kashmir.

Indian and Pakistani officials are scheduled to meet May 23-24 in New Delhi to discuss the Siachen Glacier.