Pope Benedict XVI: only marriage between men and women was the basis for a healthy society 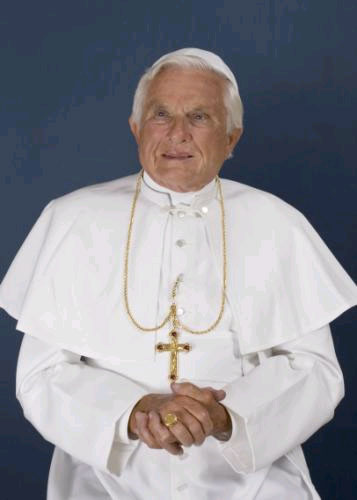 Pope Benedict XVI: only marriage between men and women was the basis for a healthy society

Benedict also said the 1968 encyclical "Humanae Vitae," which defined the church's opposition to artificial birth control, remained relevant today. He said the physical differences between men and women were not just biological happenstance, but had a far more profound significance - that of coming together to create new life.

The pope was speaking to members of the Pontifical John Paul II Institute for Studies on Marriage and Family, an institute founded by the late pope to promote church teaching on the sanctity of marriage and family.

During an audience to mark the institute's 25th anniversary, Benedict told its members that love and marriage between man and woman was an "authentic good for society."

"There is a special urgency today to avoid confusion with other types of unions based on a weak love," he said. "Only the rock of total and irrevocable love between a man and woman is able to build a society that is home to all men."

He did not specify gay unions in his remarks, but Benedict has frequently spoken out about the need to preserve the sanctity of marriage between men and women and has condemned same-sex unions as anarchic "pseudo-matrimony."

When he was Cardinal Joseph Ratzinger and prefect of the Congregation for the Doctrine of the Faith, the pope also spearheaded a Vatican campaign against same-sex unions in 2003, issuing guidelines for Catholic politicians to oppose laws granting legal rights to gay couples.

Benedict said true love between man and woman was the nucleus of society.

"The sexual differences in the bodies of men and women isn't just a biological fact, but holds a far more profound significance: It expresses that form of love with which the man and woman, becoming one body, can create a true communion of people open to the transmission of life," he said.