Germany takes over the EU presidency from Finland on 1 January 2007, according to BBC News. 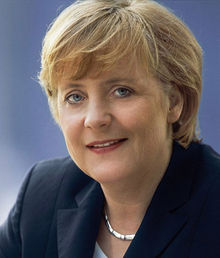 Ms Merkel said a quarter of the EU's rules and regulations should be scrapped. "We must put the citizens first," she told Germany's lower house.

The European Commission has suggested EU member states should sign a broad political declaration on values and ambitions next year.

It says this could serve as the basis for a future shake-up of EU institutions, of the kind proposed in the ill-fated European constitution.

The EU has struggled to chart a way forward since the French and Dutch rejected the constitution in referendums last year.

In what was Ms Merkel's first big European policy speech, she said the situation needed to be resolved.

"If it's not tackled before, you can be sure that the German presidency will focus on this. Because it is so difficult and the stances are so different. However, I am against moving too quickly and putting us back in a situation where we can't move forward," Ms Merkel said.

The EU is divided between countries which regard the existing text of the constitutional treaty as the best possible compromise and others, which would prefer to declare it dead.

On Tuesday, Estonia became the 15th member state to complete the parliamentary stage of ratifying the treaty, and Finland is making plans to follow suit in the coming weeks.