The World Trade Organization's verdict, handed out confidentially late Wednesday, found that the European Union had an effective ban on biotech foods for six years from 1998,  siding with the United States and two other countries who said the moratorium was illegal under the commerce body's rules, according to officials who have reviewed the report. 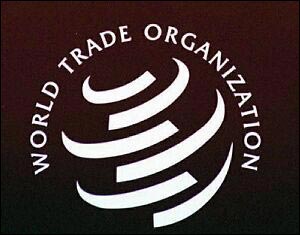 The ruling essentially confirmed a 1,050-page preliminary report issued in February, which concluded that the EU had breached its commitments with respect to 21 products,  including types of oilseed rape, maize and cotton.

February's report also said individual bans in six EU member states,  Austria, France, Germany, Greece, Italy and Luxembourg - violated international trade rules, but it did not rule on whether current EU legislation was illegal, and sidestepped the issue of whether biotech products were safe. The ruling, which is not expected to be made public for many weeks, can still be appealed.

An EU official, who spoke on condition of anonymity because it is a confidential report, said the substance had not changed from the preliminary ruling.

Genetically modified foods are highly sensitive on both sides of the Atlantic. European governments such as Germany and France, as well as a number of environmental groups, contend that many such crops are unsafe for humans and the environment.

But the complainants - Canada, Argentina and the United States - say that there is no scientific evidence for the EU's actions and that the moratorium has been an unfair barrier to producers of biotech foods who want to export to the EU, according to the AP.

U.S. farm groups say that they were losing hundreds of millions of dollars (euros) annually in export sales of genetically modified crops to the EU.

The EU says it ended its moratorium in 2004 when it allowed onto the market a modified strain of sweet corn, grown mainly in the United States. The 25-nation bloc has approved the import of further biotech crops since 2004 and says the current rules are in line with its WTO obligations.

Peter Power, spokesman for EU Trade Commissioner Peter Mandelson, told reporters in Brussels that he could not comment on the ruling, but noted that the complainants did not challenge the EU's current regulatory framework.

"Nothing in this panel report will compel us to change that framework," Power said. "Europe will continue to set its own rules on the import and sales of GM foods."

But Washington has said it will continue with its WTO case until it is convinced that all applications for approval are being decided on scientific rather than political grounds.

The WTO can only authorize penalties for illegal trade restrictions still in force. But if the WTO's appeals process were to uphold the ruling, and the EU refuses to act on individual country bans or specific product barriers ruled illegal by the commerce body, the U.S. and the others could then seek sanctions.