The foreign minister of EU-candidate Bulgaria was meeting his Finnish counterpart Thursday, as Finland prepares to take over the rotating presidency of the European Union. 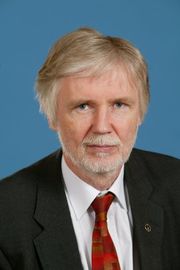 Foreign Minister Ivailo Kalfin, who arrived from Bulgaria late Wednesday, was to discuss his country's planned accession to the 25-member bloc, as well as Finland's six-month presidency beginning July 1.

After talks with Finnish Foreign Minister Erkki Tuomioja, Kalfin was scheduled to meet lawmakers and government officials before ending his visit later Thursday.

On Wednesday, Bulgarian Prime Minister Sergei Stanishev urged the European Commission to fix a date for when Bulgaria and Romania would join the union, after reports that the final decision could be delayed to October.

The commission, the EU's executive arm, is to issue a key report on Tuesday on Bulgaria's and Romania's readiness for membership, reports the AP.