Australia has no plans to sell uranium to India

Foreign Minister Alexander Downer insisted Thursday that Australia had no plans to start selling uranium to India and dismissed a newspaper report that officials from both countries were trying to strike an export deal. 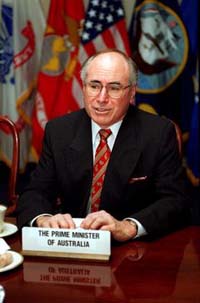 Australia has no plans to sell uranium to India

India is keen to import Australian uranium to fuel its nuclear power reactors and appealed to Prime Minister John Howard during his visit to New Delhi earlier this year.

But Howard's government has a long standing policy of refusing to supply countries that have not signed the Nuclear Nonproliferation Treaty, and India is not a signatory.

According to a newspaper report Thursday, senior Australian diplomats met with Indian counterparts in New Delhi last week and discussed how Australia may agree to lift its ban if India agreed to strict safeguards, as China had done in a deal signed last month.

The deal with Beijing clears the way for uranium exports worth billions of dollars. In return, China, which has signed the NPT, pledged not to divert Australian nuclear fuel into its atomic weapons program.

"Our position hasn't changed," Downer told reporters Thursday. "I've checked that out with the officials, because the newspaper report surprised me, and the officials have assured me that that's not correct."

He confirmed that officials had traveled to New Delhi, but said India had made it clear it had no intention in the foreseeable future of signing the NPT. India has refused to sign the treaty, saying it restricts nuclear weapons to a few countries rather than eliminates them completely, reports the AP.