Colombia's top court voted to legalize abortion in the cases of rape, incest and if the life of the mother or fetus is in danger, easing a complete ban on abortion in this majority Roman Catholic nation. 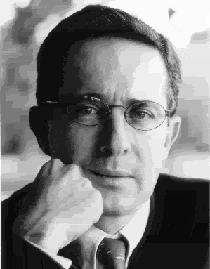 The long-awaited decision Wednesday by the Constitutional Court, which voted 5-3 in favor of the changes, cannot by overturned by the Supreme Court.

Women who terminate pregnancies under the outlined circumstances, and the doctors who perform the procedure, will no longer face prison terms of up to three years. Abortion under all other circumstances remains illegal.

Prior to the ruling, Colombia, El Salvador and Chile were the only countries in Latin America where performing an abortion was illegal under any circumstances.

The issue became a hot topic of debate in the campaign ahead of presidential elections May 28.

Conservative President Alvaro Uribe has voiced concern that easing the ban could be taken advantage of by women to abort unwanted pregnancies of any type. His main challengers support partial depenalization.

Representatives of the Catholic Church in Colombia, have rejected any modification to the current laws. In anticipation of the court's decision, anti-abortion groups Wednesday took out ads in newspapers calling abortion "a moral problem and not an issue of public health."

It's estimated that as many 400,000 illegal abortions are performed each year in Colombia, the majority in unsanitary, clandestine clinics, reports the AP.