The Philippines' foreign secretary said Friday he will likely visit Myanmar in June, but refused to confirm whether he would seek a meeting with detained pro-democracy leader Aung San Suu Kyi. 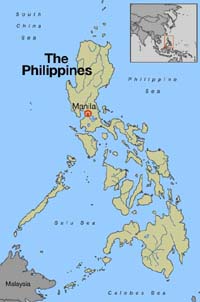 Foreign Secretary Alberto Romulo said Myanmar's military junta has invited him to visit, but specific dates and details were still being worked out.

"I will go probably in June," Romulo told reporters during a visit to Kuala Lumpur where he met with his Malaysian counterpart.

Romulo did not dismiss the possibility of meeting Suu Kyi, leader of Myanmar's pro-democracy opposition party, who is now under house arrest, but would not comment further.

"I do not want to speculate at this stage," Romulo said. "There is an invitation to me (to visit Myanmar), so we will pick it up from there."

Myanmar has become a source of embarrassment to the 10-member Association of Southeast Asian Nations, largely due to the junta's failure to fulfill its promises to restore democracy and free political prisoners, including Suu Kyi.

Malaysian Foreign Minister Syed Hamid Albar made a fact-finding visit to Myanmar last month as an ASEAN envoy, but he was not allowed to meet Suu Kyi and other members of her National League for Democracy party.

Romulo said he would not formally represent ASEAN on his planned trip, but indicated that he would raise the issue of political reforms to junta leaders.

Myanmar has been under military rule since 1962, and the current crop of generals took power in 1988. They called elections in 1990 but refused to recognize the results, which gave a resounding victory to Suu Kyi's party, reports the AP.