Ten domestic hens have died from suspected bird flu in a village in central Kazakhstan, an emergency official said Wednesday. 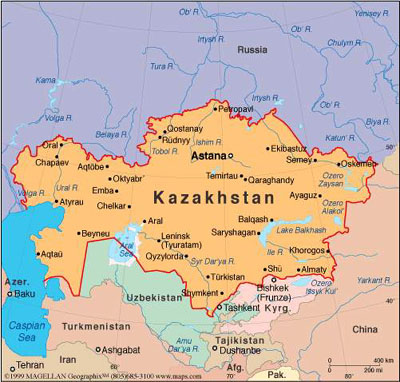 Tests revealed avian influenza antibodies in the dead hens and one live hen and one duck, who belonged to a resident of the village of Krasnaya Niva in the Karaganda region, said Andrei Ermakov, spokesman for the regional emergencies department.

The samples were sent for confirmation to the national laboratory in the commercial capital Almaty, he said.

Most strains of bird flu are harmless to humans, and officials have not yet been able to determine if the birds had the H5N1 strain of bird flu, which can kill humans who come in close contact with infected birds.

Health experts fear the H5N1 virus will mutate into a form that can be easily transmitted between people, potentially sparking a human pandemic.

Ermakov said the dead birds, whose deaths were reported Tuesday morning, had been destroyed and veterinary experts were currently checking all poultry in the village, about 200 kilometers (125 miles) south of the capital Astana.

Last month, Kazakhstan recorded its first case of the deadly H5N1 strain of bird flu in a dead swan that was found on the Caspian Sea coast. Authorities ordered the vaccination of other birds in the coastal area.

The Central Asian nation bordering China has equipped labs and trained experts to conduct preliminary tests of any reported poultry illnesses. The nation had its first detected outbreak of bird flu last July, but it was not the H5N1 strain, which is dangerous to humans.

Worldwide, at least 113 people have died of the disease, largely after contact with sick or infected birds. Health experts fear the virus will mutate into a form easily transmitted between people, potentially sparking a pandemic, reports the AP.