After days of persuasion, more than 100 villagers, most of them sick, aging, very young or pregnant, evacuated villages closest to Indonesia's rumbling Mount Merapi. The group left on trucks for temporary shelters well away from the 2,968-meter (9,737-foot) mountain on Java island, which has been increasingly active in recent days. 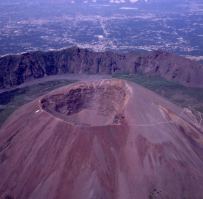 Some officials have warned that the volcano could erupt in the next one to two weeks. Many of the 120 people who left their homes Friday said they were doing so reluctantly and hundreds more refused, pledging to hold out a little longer. "I'm worried about what life will be like in a temporary shelter," said 44-year-old Sriyanti, as she headed with her young daughter to Tanjung Muntilan, a village 20 kilometers (12 miles) from Merapi.

Indonesia sits astride the "Ring of Fire," a series of volcanoes and fault lines stretching from the Western Hemisphere through Japan and Southeast Asia to New Zealand . It has more active volcanoes than any other nation. Merapi last erupted in 1994, sending out a searing cloud of gas that burned 60 people to death. About 1,300 people were killed when it erupted in 1930, reports the AP.