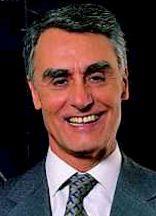 Portugal 's president was visiting Kosovo on Friday, to meet with Portuguese peacekeepers there and hold talks with the province's top officials. President Anibal Cavaco Silva planned to hold talks with the top U.N. official in Kosovo, Soren Jessen-Petersen, as well as with Kosovo's President Fatmir Sejdiu, according to a government statement, which gave no details about what would be discussed.

The Portuguese leader also planned to visit some of the 300 troops from his country serving as part of the 17,500-strong, NATO-led force. On Thursday, he visited Bosnia-Herzegovina, where Portugal has about 200 peacekeepers. Kosovo has been administered by the United Nations and patrolled by the NATO-led peacekeepers since 1999, reports the AP.