Just in case Britain 's Queen Elizabeth II forgot her camera on her 15 visits to Australia , the country has sent her a photo album for her 80th birthday Friday. Australian Prime Minister John Howard sent his congratulations in a statement from one of the former British empire 's farthest-flung outposts. 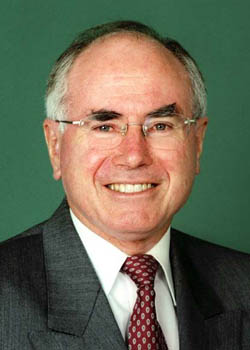 "The Queen has been a remarkable monarch," Howard said in a statement. "In 54 years on the throne, she has demonstrated an unremitting dedication to the duties of her office. Through that time she has displayed a constant interest in and concern for the Australian people." Howard is a staunch monarchist in a country where opinion polls indicate most people would rather dump Britain 's queen as their head of state and replace her with a locally elected president. "As a gift to mark The Queen's birthday, the Australian Government has prepared an album of rare photographs of Her Majesty on her 15 visits to Australia ," Howard's statement said, reports the AP.