The new Palestinian interior minister from Hamas on Thursday named a Palestinian whose group has carried out attacks on Israel to head a new security force made up of Islamic militants, a direct challenge to the authority of President Mahmoud Abbas. 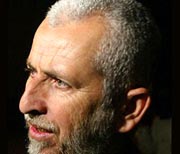 The minister, Said Siyam, issued a decree appointing Jamal Abu Samhadana, the head of the Popular Resistance Committees, as director general of the Interior Ministry. Samhadana's group is responsible for many of the homemade rockets launched at Israel in recent weeks.

Samhadana, a former security officer who was dismissed for refusing to report for duty during the uprising against Israel, was given the rank of colonel. His group is also suspected by some of involvement in the bombing of a U.S. Embassy convoy in Gaza in October 2003, when three Marine security guards were killed.

Khaled Abu Hilal, the interior ministry spokesman, said Siyam was also forming a new security branch that would be answerable only to him to bring law and order to the Palestinian streets.

Abbas' office had no immediate response.

In Washington, U.S. State Department spokesman Sean McCormack denounced the move. He said it showed "the true nature and the true tactics of this particular Hamas-led government," and the U.S. would still hold the Palestinian Authority responsible for stopping terror attacks.

Israeli Foreign Ministry official Gideon Meir echoed that. "If someone needed proof about the connection between the Hamas rule and Palestinian terror, this appointment is the ultimate proof for this connection," he told the AP. "It's like allowing the fox to guard the chicken coop," reports AP.