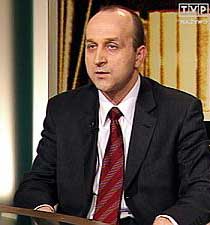 Poland 's Prime Minister arrived Wednesday in Sofia for talks focused on bilateral trade and investment, as well as on European energy issues, the government said. Kazimierz Marcinkiewicz and his Bulgarian counterpart Sergei Stanishev are also expected to discuss Bulgaria 's efforts to join the European Union in 2007.

Poland and Bulgaria are almost entirely dependent on Russian energy supplies, and after last year's Russian-Ukrainian gas price dispute both countries have been seeking ways to diversify supplies. Bulgaria , however, has not responded to a Polish proposal for a European energy security pact as a tool to guarantee gas and oil deliveries. Marcinkiewicz is also scheduled to meet President Georgi Parvanov and the parliament speaker, reports the AP.