Chad broke off all diplomatic relations with Sudan on Friday and has ordered Sudanese diplomats to leave the country, the president said, following a rebel attack on the capital he said was supported by the Sudanese government. President Idriss Deby also said he would expel all 200,000 Sudanese refugees now living in Chad if the United Nations and the African Union did not help stop what he said were Sudan 's attempts to destabilize his government. 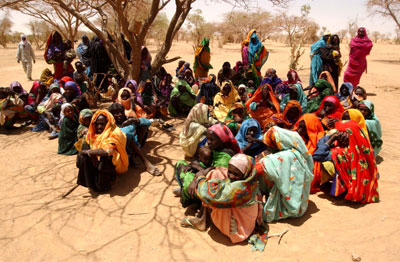 "The international community has been totally deaf and dumb on the situation between Sudan and Chad ," Deby said following an extraordinary Cabinet meeting. They "need to understand the situation and that enough is enough."

The U.N. Security Council and the African Union Peace and Security Council both condemned Thursday's rebel attack on N'djamena and called for both Chad and Sudan to take all necessary steps to prevent any more violence or an escalation of tensions between the two countries, reports the AP.