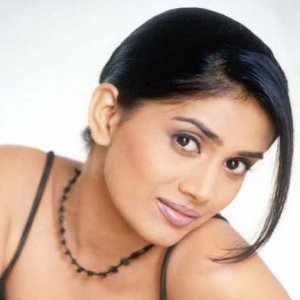 It took eight weeks of coaching for Kulkarni to learn enough Italian to speak her parts, since she didn't want to merely mouth the dialogue in producer Sergio Scapagnini's historical love story, which is set in 1815 against the backdrop of a war to unite Italy.

It helped, though, that Kulkarni lived with Scapagnini's family during the shoot.

"I could have lived in a fancy hotel but it was a great opportunity to hang out with his three daughters and get a flavor of the language and culture," she said in a telephone interview.

It was a challenge to immerse herself in her character, but she had the luck to be working with Sharif.

"Rather than imposing myself on a character, I like to come up with different images. That's my forte," she said.

"It was fantastic," she said of her meetings with 73-year-old Sharif. "He told me what matters is the passion of the actor must come across on the screen."

In the movie, Kulkarni plays a simple girl named Graziella who lives on the small island of Procida, off the coast of Naples, where she picks coral and knows nothing of the world beyond her home. Sharif plays the grandfather of a prince, played by Italian actor Massimiliano Varrese, who accidentally ends up on the island and falls in love with Kulkarni.

She had three auditions before winning the role, and worried about competition from Italian actresses. "It was tough but exciting. Every time I worried, they (filmmakers) said they were looking for a unique look and required grace and confidence for the part," reports the AP.