A 49-year-old woman died a day after becoming ill after riding "Mission: Space" at Walt Disney World, the second death in less than a year related to the Epcot ride so intense that it has motion sickness bags and several riders have been treated for chest pain. 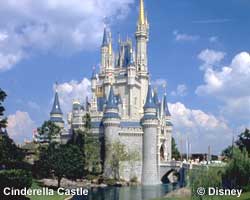 The woman became ill after riding the rocketship ride Tuesday afternoon and was transported to Celebration Hospital, where her condition worsened and she died, Walt Disney World spokeswoman Kim Prunty said in a statement.

The $100 million ( Ђ 82.47 million) Epcot space ride, one of Disney World's most popular, was closed in June after the death of a 4-year-old boy, the son of a United Nations worker from Uganda, but reopened after company engineers concluded it was operating normally.

The woman's identity and hometown were not immediately released, and Prunty said no additional information would be released Wednesday night.

A spokeswoman for the hospital said no information about the woman was available.

The Florida state Bureau of Fair Rides Inspection has been notified and will monitor an inspection of the ride, Disney officials said.

"We have closed the attraction to reconfirm proper operation of the ride," Prunty said.

Messages left at Florida's Department of Agriculture and Consumer Services, which oversees the Bureau of Fair Rides Inspection, and the Orange-Osceola Medical Examiner's Office were not immediately returned.

One warning sign posted in 2004 in front of the ride read: "For safety you should be in good health, and free from high blood pressure, heart, back or neck problems, motion sickness or other conditions that can be aggravated by this adventure."

It spins riders in a centrifuge that subjects them to twice the normal force of gravity, and is so intense that some riders have been taken to the hospital with chest pain, reports the AP.