Iraq 's newly crowned beauty queen has gone into hiding, fearing she will be targeted by Islamic militants who reportedly threatened to kill other women who participated in a Baghdad contest last week. Silva Shahakian, an Iraqi Christian, received the title of "Miss Iraq" when the initial first place winner stepped down after receiving death threats and two other runner-ups also bowed out, a person familiar with the event said Wednesday. 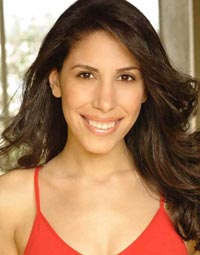 Since receiving the crown, Shahakian has been lying low fearing she will be targeted, he said. The pageant was held on April 9 in a Baghdad social club and the initial winner, Tamar Goregian, gave back the crown four days later, he said. The man spoke on condition of anonymity, refusing to be identified further, saying he too feared retribution from militants.

Shahakian's whereabouts were unknown, although it was believed that she was still in Iraq . Several AP attempts to reach Goregian, who is believed to have left Iraq , failed. Shahakian was quoted by ABC's "Good Morning America" as saying she will keep her title, but that she planned to change her residence.

"This chance does not come to every girl. So, I'm lucky to have that. I'm not going to lose it," she said in the program aired Tuesday. "I'll take care. I will change my living place. I would like to take that chance. I will do my best," she added.

ABC reported that Goregian received threats by a group of religious extremists who referred to her as "the queen of infidels" for participating in the contest. The contest was the first to be held in Iraq since the U.S.-led invasion in 2003, according to ABC. ABC said that after Goergian declined, two more runner-ups also refused to take the crown. The network said the pageant organizers are hoping to send the winner to the Miss Universe pageant, being held in Los Angeles on July 23, reports the AP.